Recently I took a trip to South Africa to learn more about animal communication from the world renowned Anna Breytenbach.

Anna Breytenbach and I. A humble soul who taught me to remember how to communicate beyond spoken language with the world around us.

I signed up to spend 4 nights walking through the South African bush in what is know as the iMfolozi.

How did I end up in S.A. trying to learn to talk to animals?

To be brief, I saw this clip on youtube and my life changed.

Immediately I was fascinated and wanted to learn more. I saw a huge potential for compassion to flood hearts. I imagined how HEARING the “voices” of animals and thus knowing them, could change how human and non-human animals lived together. Anna’s talk on how quantum physics is the basis of the communication, made me think of how it all related to energy.

How does animal communication work?

Anna wisely taught that the ability to do this is not “supernatural” but rather super NATURAL. It’s something we inherently know  (usually as babies before we mastered vocalized language), and that we are simply remembering.

In brief, start by first quieting the mind, allowing for the perception of subtle energies all around us. Slow down your breathing to induce a calm mind state. Once calm, visualize a connection running between you and the subject.  Send unconditional love to the subject in the form of an energetic feeling. Once consciously linked by the eternal truth of unconditional love, the channel for communication is open.

Thoughts, feelings and emotions are able to be interpreted by the brain before consciously being realized as a message in the mind. Easier said than done, but doable. I recommend checking out her site at animalspirit.org for more in depth information. (UPDATE 7/1/15: and this just came out)

The plight of the macro human relationship with non-human animals caught a hold inside my heart many years ago.  [shout outs to: Earthlings.com, Gary Yourofsky, ForksOverKnives, Cowspiracy, Blackfish, and many others]. The idea of ending innocent animal slaughter and it’s reverberating effects on the world had been sown and grown.

Animal communication seemed a natural ally in the deeper understanding of unity and compassion across species.An excerpt from “Eternal Treblinka” by Charles Patterson. A powerful read.

Unsurprisingly, things were not so black and white, even in South Africa. I ended up being the sole vegan on the trip. At first glance I thought something must have gone terribly wrong.

On second thought, I think not… I found out that almost everyone there had attempted at some point to go vegan or vegetarian, but for health or other reasons were not able to.  It seemed that the subtext of this was: “if I could lead a happy and healthy life without harming others I would”. In my own mind I took comfort in this.

Love always wins eventually. If the willingness to lead a less harmful life continues to exist, the universe will conspire to make a way. I left still believing that we are moving towards a day where we will not tolerate the slaughterhouse. 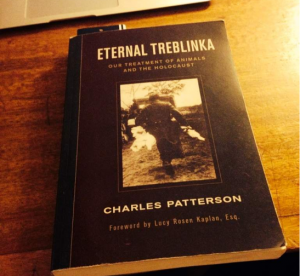 Is it scary camping in the bush amidst “wild” animals?

It depends. Before embarking we were reminded that the energy of our thoughts would influence the experience we had. It was also important to understand the basics of entering an animal’s personal space. There was still caution, awareness and respect, but not fear. If you can find yourself in a harmonious peaceful mindset and heart-space, as opposed to a fearful confronting one, your experience will be different in life (in or out of the bush, on or off the mat).

Words fall short in relaying the feeling and describing the sight of a herd elephants triumphantly processioning down a hill to fellowship. The scene was an unexpected glimpse into their family life.

A herd of water buffalo 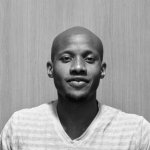 The Souls of Animals

Sharing my thoughts and reading an excerpt from chapter 8 of Gary...

This is probably one of the most important books currently in circulation....