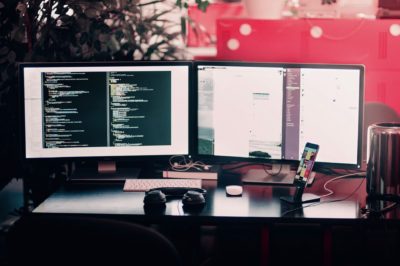 I observed a conversation recently around The State of React-Native

Actor#1: Knowing React native is fine. But please, also learn either Swift or Kotlin if you wish to stay relevant. Compilers/ coding suites that make separate cuts for different platforms are fads that come and go every cycle leaving you with a pile of tech debt

I didn’t get the deadpan at first…

But yeah, of course, he was joking. Right?

Javascript is the English of software languages as of right now (September 2018). Particularly as a useful L2 language to know.

For all of React-Native’s issues [React-Native is a framework utilizing Javascript], a huge plus is a large and diverse open source community of software companies and individuals. Though birthed from Facebook it has the potential to flourish in a future that isn’t reliant on Facebook (perhaps a lesson learned from the Parse fiasco). In any event, it has a rarer-than-usual potential for long-term viability that is envied by single-company-owned and closed-source frameworks.

React-Native may be entrenched in the linguistic framework-sphere of programming for quite a while longer than it’s current contemporaries.

Leave your thought Click here to cancel the reply